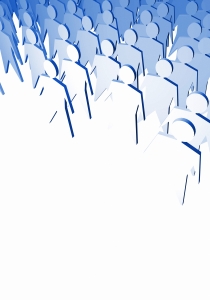 According to CNN, at one point 84% of Kickstarter projects shipped later than projected.  Some high profile projects even raise hundreds of thousands of dollars on Kickstarter and raise additional investment capital elsewhere and never complete the project at all, like myIDkey.  So what is the trick to raising money through crowdfunding and successfully delivering as promised?

I believe that success relies primarily on setting the right minimum AND maximum campaign goal.

It is well documented that setting a minimum goal that allows you to fulfill your commitment is an important step in the crowdfunding process.  Some projects have a much more complex financial model than others.  For example, it is much more complex to project the costs related to manufacturing a product than it is to project the costs of shooting a documentary.  Manufacturing costs tend to have a stair step financial model where you might need a certain piece of equipment to manufacture 1,000 units within your timeline for delivery.  Let’s say that equipment costs $50,000.  Whether you sell 1 unit or 1,000 units the equipment fixed costs will be $50,000.

You need to then price your product at a level people are willing to pay, but then also raise enough money to cover the fixed costs of the $50,000 equipment.  When setting a minimum campaign goal I would go through the following exercise:

Now your breakeven calculation should be:

This process and equation should help you determine your minimum campaign goal.  If you accept any less, then you need to know that you are setting yourself up to lose money.  Also, remember that you should always build in a contingency  on any project because there is one thing you can be certain about with financial projections.  They are wrong.

Setting the minimum goal is important, and most people get this right, but I actually believe another risk that isn’t talked about is setting a maximum goal.  If you are developing software, a movie, music, or a video game, it probably doesn’t drastically impact your fixed costs whether you sell 100 or 100 million copies.

But when you are selling a product your fixed costs change drastically based on the volume of product you need to sell.  The equipment, warehousing, systems etc that you will need to manufacture 1,000 units versus 50,000 units will vary drastically in many cases.  For example, let’s say you are going to sell Organic Beef Jerky, and maybe there are 3 levels of equipment that you could buy:

So in this example, your worst nightmare might be to sell 600,000 units.  It would take you 6 months just to produce the product with the Intermediate equipment, but it is unlikely that you would be able to afford the $1,000,000 equipment.  You are stuck in no man’s land.  You probably would have been better off to close the campaign at 300,000 units sold so that you could produce within 3 months.

The problem is that with Kickstarter it doesn’t look like you can set a maximum goal, so when your campaign starts going viral there is nothing you can do to stop it and risk selling an amount that just doesn’t work with your financial model.  You may want to look for crowdfunding platforms that allow  you to set a maximum raise if your financial model is similar to this.

If you set your minimum and maximum goal correctly, you are well on your way to protecting your company during a crowdfunding campaign.

About the Author:  Adam Hoeksema is the Co-Founder of ProjectionHub which is a web application that helps entrepreneurs create realistic financial projections for potential lenders and investors